This blog contains adult content and you're only seeing a review of it. In order to view it completely, please log in or register and confirm you are 18 years or older 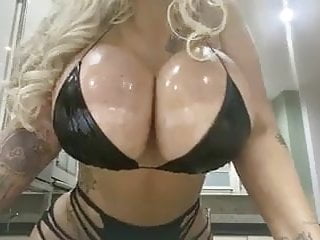 I'm bimbali and this is my sexy, bimbo feminist slave journey through life, with all the pleasure that gives me and Master! [A fictional blog by Mr. SIB. Support the Patreon here: https://www.patreon.com/MrSIB]

Nothing here yet. This user has no posts.
Perhaps in the future?
MyFeministJourney
Goodbye Independence Day!

So... This is a good news/bad news kind of situation.

The good news is that I got a Master!!!

Yesterday, Tom claimed me as his own bimbo slave and I'm so happy! I'm going to be his, first and foremost. He's agreed to let me fuck other people, but I belong to him, which is just how I dreamed of it being. I'm so super happy, guys!

I followed your advice and invited him over for dinner Saturday, where I totally doted on him hand and foot. I made sure to "accidentally" call him Master  a coupel of times and it didn't take long until he got the hint and started ordering me around. I got sooo wet!

After that, he ordered me to crawl into my bedroom. He said he needed to pee, but didn't move towards the bathroom. I knew this was another test, and I wanted to make him proud, so after I got what he wanted (surprisingly fast, really!), I pulled out his dick and took it into my mouth. He started peeing straight into my mouth and into my belly. It was sooo degrading, but in like a totally hot way. I'm still coming to terms with being a urinal, but it clearly turns Master on a lot, so I'll keep doing it and I've started getting mroe and more into it myself. I've made sure to edge to a bunch of piss porn, getting myself more open to the idea, for Master.

He never said anything, but it was clear taht the day was a test run for me being his slave. We were going to be together the entire day and he was going to use me how he wanted to.

So yesterday I said goodbye to my independence and hello to a life as Master's bimbo fucktoy and I couldn't be happier.

This means that I won't be continuing this blog. I want to devote all my free time to Master and not to my own pelasure. If I get pleasure, it comes from Master, from pleasing him.

I also feel like this is kinda the end of my journey. I never in a milliomn, trillion years would've guessed a year ago when I started this blog, that this is where I'd end up, but life is funny that way. And the most amazing thing is just how much happier I am now! I was so miserable and angry back then, because I was denying myself the life I truly wanted, even if I didn't know it.

The journey has been amazing and I've had so many amazing experiences along the way. I'm so grateful to Master, that I get to keep having all the fun a bimbo slut like me needs. I'm also super happy that I got to show my mom how fun life as a bimbo can be, because she was clearly having a lot of the same issues that I was and the way she's taken to this new lifestyle has shown me that she also secretly wanted something like me (if she'll be as extreme, who knows!), because she's much happier now. She's smiling and laughing every time we talk now, which makes me so happy and super proud.

And most of all, I'm grateful to you all. You've been so nice and kind to me, sending me thoughful questions, prodding me when I've forgotten something, giving me your insights into what size tits I should get, whether or not I should get lip fillers, listening to me talk about my dating life, helping me find the hottest hypno posts and so much more. I'm super grateful for all of you and so happy that so many of you have followed me on my feminist journey through the past year.

[Mr. SIB here: That's it! The end of this fictional blog. It's been a lot of fun to write and, like Alison, I'm truly grateful for all of you that've been reading along and for all your questions, which helped me both flesh out the story, but also pushed me in different directions along the way, all making for a better story.

You can follow my main blog here (which is also where I'll answer any questions you might have about this story) or support my Patreon here, where I'll be posting monthly stories.

Thank you all so much!